Five Values, One Program, One Better Planet, and Hundreds of Lives Changed 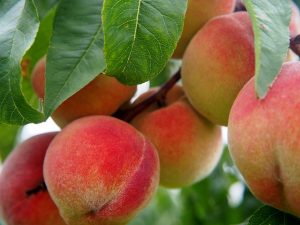 “I love eating chocolate, and all of them have the fair trade seal on it…What I am expecting is an agreement that was made along the line that the producers and workers involved in this product were paid fairly, and their relationship was fair.” Paula Daniels has a conscious consumer mind not only on a day-to-day basis, but she dedicates her career to fair supply chains as a distinguished leader in the field of food policy.

As a member of the Los Angeles Food Policy Council, she helped to develop the Good Food Purchasing Program (GFPP), which ensures large institutions make ethical decisions in every step of the food supply process. Los Angeles adopted the program in 2012. A few years later in 2015, Daniels co-founded the Center for Good Food Purchasing in order to guide the national development of the GFPP.

The Center for Good Food Purchasing is the gears behind the program. They are the catalysts for change as they work with their local and national partners to advocate for an improved supply chain while simultaneously measuring impact and making decisions that will help move the program and institutions in a positive direction.

The passion that Daniels pours into her career coincides with her roots and family history. Her father, a native Hawaiian, was raised on a sugar plantation. “I saw firsthand what it meant to have an agriculture economy that was built on scale.”

As she grew up, she began to take more notice in the structure of the agricultural system. She observed how it was challenging for smaller farms to sustain themselves, and how Hawaii imported their food more than they exported it.

She now notices the same situation in Central Valley, California, one of the largest producers of produce in our country. Even though they export a bountiful amount of healthy food, their residents often don’t have access to it, and are burdened with a much lower quality food. She explains that as industrialization increased production and profit becomes the central focus, people and planet are forgotten. “A fair supply chain works on all three levels–profit, people, and planet,” Daniels states.


That’s what is great about the program that Daniels has helped to create and champion. The GFPP encourages large institutions to take steps toward a healthier food supply chain by focusing on its five core values to create a more fair and community based food system, one that values : Local economies, values its workforce, promotes animal welfare, environmental sustainability, and public health.

Much of their work focuses on schools, which are usually the largest food service provider in a region . In some cases, school is the only place children can access healthy food. In the Los Angeles area alone, the implementation of GFPP has restructured the food chain to route 12 million dollars toward purchasing local produce, and created, 150 new well-paying worker jobs in food processing. Daniels urges that a “healthy and balanced relationship” is essential to a fair food system, and since 2012, the results of GFPP implementation have shown that.

“It’s five spokes of a wheel…all five of them need to be strong in order for the wheel to move forward and make progress.” That’s what makes GFPP unique—instead of just focusing on one issue, it creates standards under each value and helps the companies to assess their baseline, set goals, track progress, and at the end of the day celebrate their success.

Click here for more information about The Center for Good Food Purchasing.